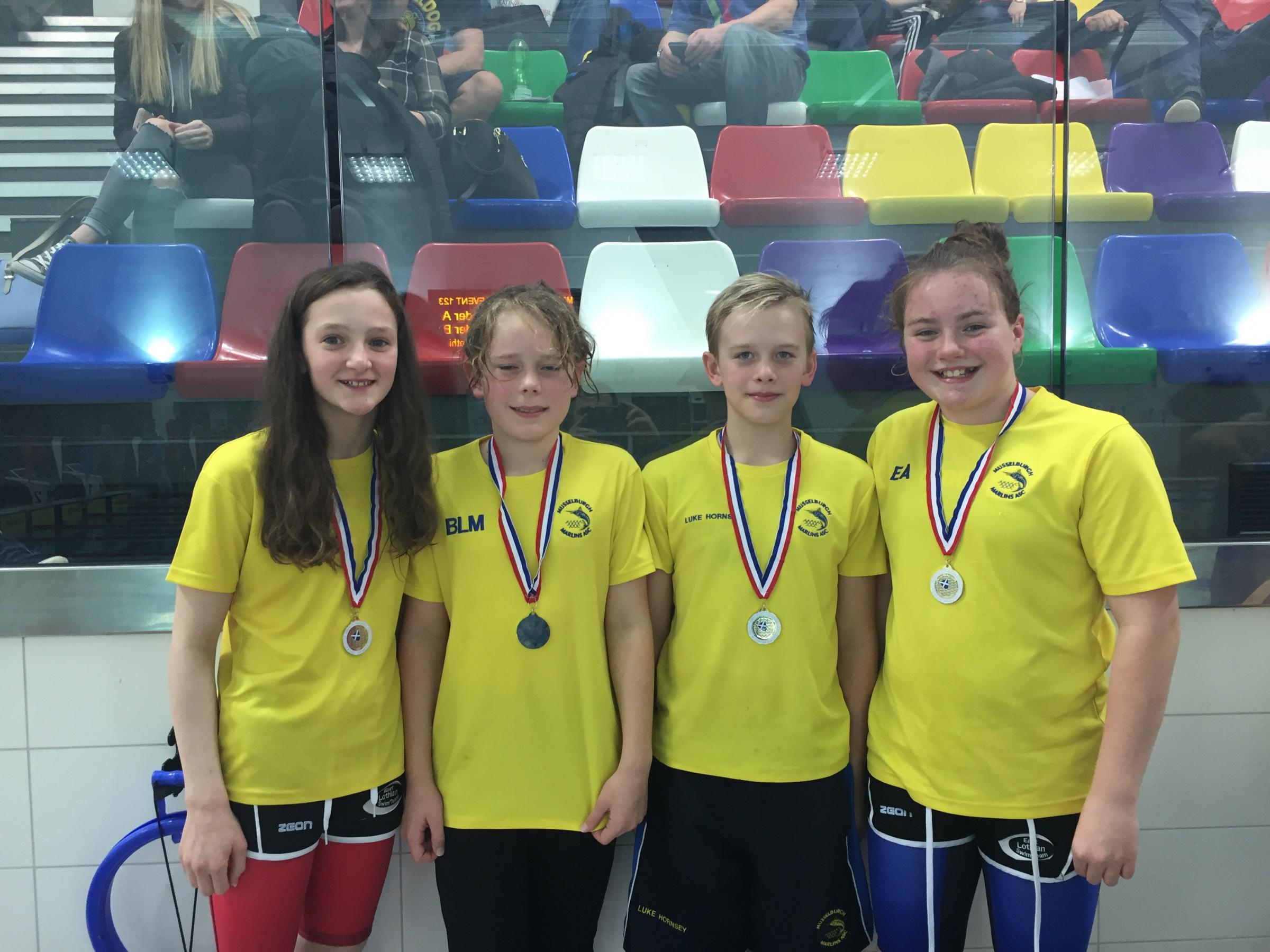 RECORDS fell and new personal bests were set as East Lothian Swim Team (ELST) rose to the challenge at the East District Age Group Championships in Glenrothes at the weekend.

He was a double gold medal winner as ELST’s 28-strong team came away with 21 medals and 50 new personal best times from their 65 events.

Edward Alsop got the gold rush going with victory in the 1,500m freestyle, setting the fastest time in Scotland for his age group – smashing the previous best by 19 seconds.

And his rich vein of form continued as he won a second gold in the 400m IM.

In the girls’ first event of the meet, the 400m IM, Grace Courtney of Musselburgh claimed silver (11-12-years) and Louisa Stoddart of Haddington finished in the bronze medal position in the 13-years’ age group.

Stoddart then won both a gold medal in the 800m freestyle and silver in the 400m freestyle, behind team-mate Meagan Porteous of Musselburgh.

In the 400m freestyle, East Lothian struck gold, silver and bronze with Krawiec (Tranent), Luke Hornsey (Musselburgh) and Calum Peebles (Tranent) all finishing on the podium in the 11-12-years’ age group.

Aiden Ballantyne picked up the bronze medal in the 14-years’ age group and his Haddington team-mate Sean Craigmile clinched bronze in the 15 years’ category.

ELST finished off the weekend with another clean-sweep in the 11-12-year boys’ IM, with Krawiec, Peebles and Hornsey taking the medals.

He told Courier Sport: “This was a massive weekend for club swimming in East Lothian.

“The ELST athletes love pulling on their home club’s kit and doing their utmost to bring our clubs glory at a district level.

“The improvement from last year to now is brilliant to see.

“The hard work which has been put in from everyone involved in the swimming pathway in East Lothian is really staring to pay off and everybody should be very proud.

“We now move onto the Scottish National Short Course Championships, where we will be racing not only the best in our district but the top swimmers from across Scotland.

“This will be a brilliant test for our young swim team and a fantastic opportunity to learn from the best, and continue our current form.”