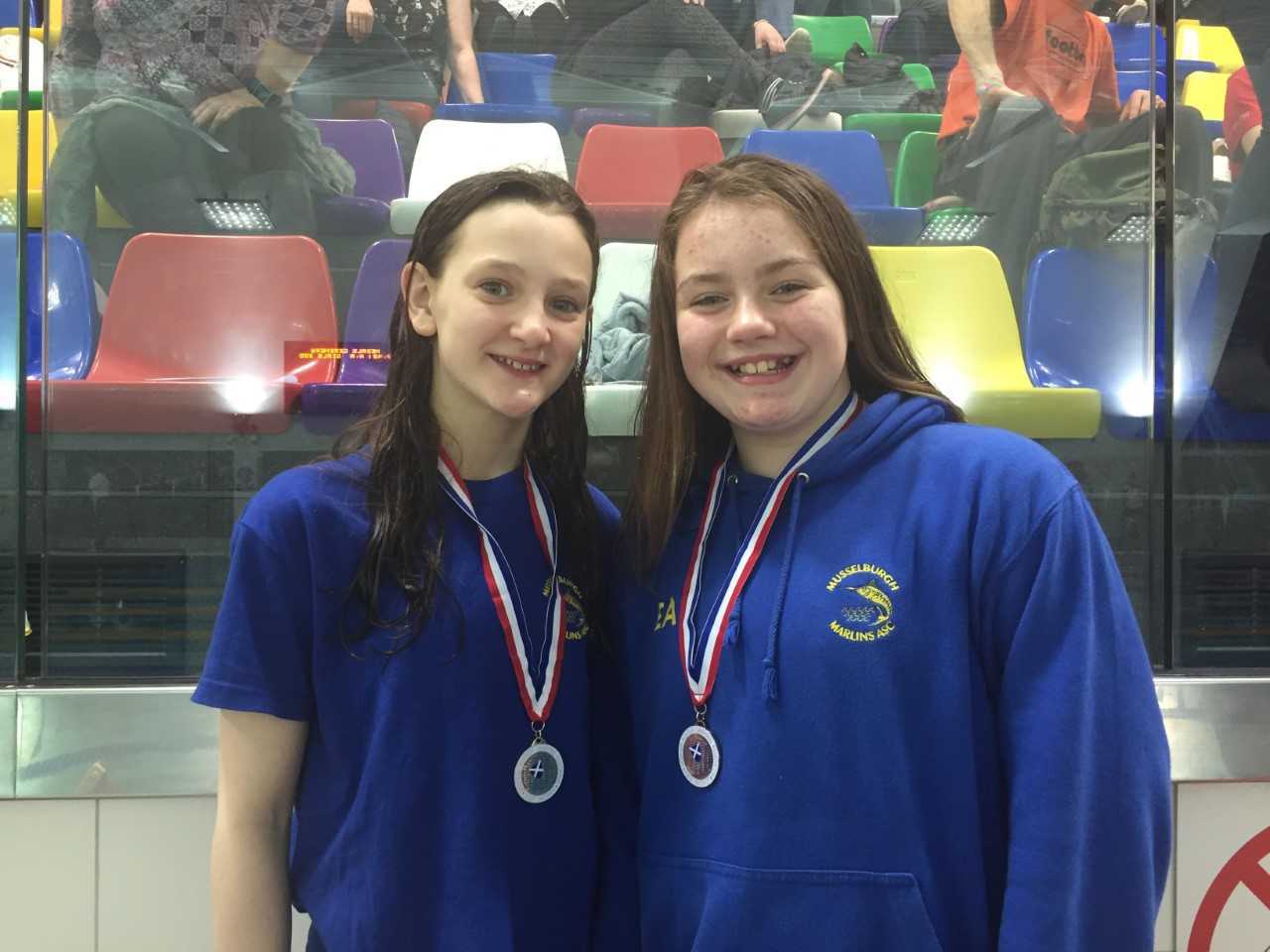 Swimmers from Musselburgh, Haddington and Tranent made the trip to Glenrothes, focusing on their 200m races.

However, due to a technical fault in the first round, the boys began the weekend with the rescheduled 800m freestyle and they stepped up to the challenge impressively, with Edward Alsop and Sean Craigmile, both of Haddington ASC, coming away with gold and bronze respectively.

The first session saw the girls compete in the 200m freestyle, with the boys racing the 200m breaststroke.

The races swapped in the afternoon session, with the girls taking on the 200m breaststroke and the boys the freestyle over the same distance.

The first medal of the session went to Musselburgh’s Grace Courtney, who won bronze in the 11/12-year-old category. Her medal win was followed with gold from Stoddart, who won her race by more than 10 metres.

The medal rush continued with Bridget Lemasurier (Musselburgh) and Christen Russell (Haddington) taking silver and bronze in the 16-years’ category.

The boys then hit the pool and Krawiec smashed another record as he took gold, with Hornsey silver, and Tranent’s Callum Peebles completing an all-East Lothian top three.

Ballantyne collected his second silver of the weekend in the 14-years’ age group and his Haddington team-mate Craigmile won bronze in the 15-years’ age group to finish off the first day of racing.

The swimmers returned the following morning, when the boys were first to see action, in the 200m butterfly.

Krawiec stormed to a third gold of the event, with training partner Hornsey taking silver. There was another medal for Alsop as he finished in the bronze medal position in the 16-years’ age group.

And there was continued medal success for the girls, with Courtney taking silver in the 200m backstroke, while her Musselburgh team-mate Lemasurier finished off the morning’s individual swims with a bronze.

The morning ended on a high as once again Musselburgh’s 11/12-year-old mixed relay team stormed to victory in the 4x50m freestyle, breaking the East District record in the process.

The final afternoon of racing saw the boys taking on the 200m backstroke and the girls stepping up to the challenging 200m butterfly.

Krawiec starred for the boys as he claimed his fourth gold of the weekend, closely followed by Hornsey and Peebles, who again took silver and bronze. And Craigmile won the silver in the 15-years’ final.

For the girls, Courtney took gold in the 200m butterfly, with Musselburgh team-mate Eilidh Armstrong picked up bronze and there was gold success too for Stoddart.

A “delighted” Bruce Halloran, head coach at East Lothian Swim Team (ELST), told Courier Sport: “The results have been outstanding and are a real statement of intent as we move towards the National Championships in March. The success these swimmers are achieving is a testament to the quality of the pathway provided by ELST in conjunction with our home clubs and it’s great when they are rewarded with results like these.”

The final round is at the Royal Commonwealth Pool, Edinburgh, next month.