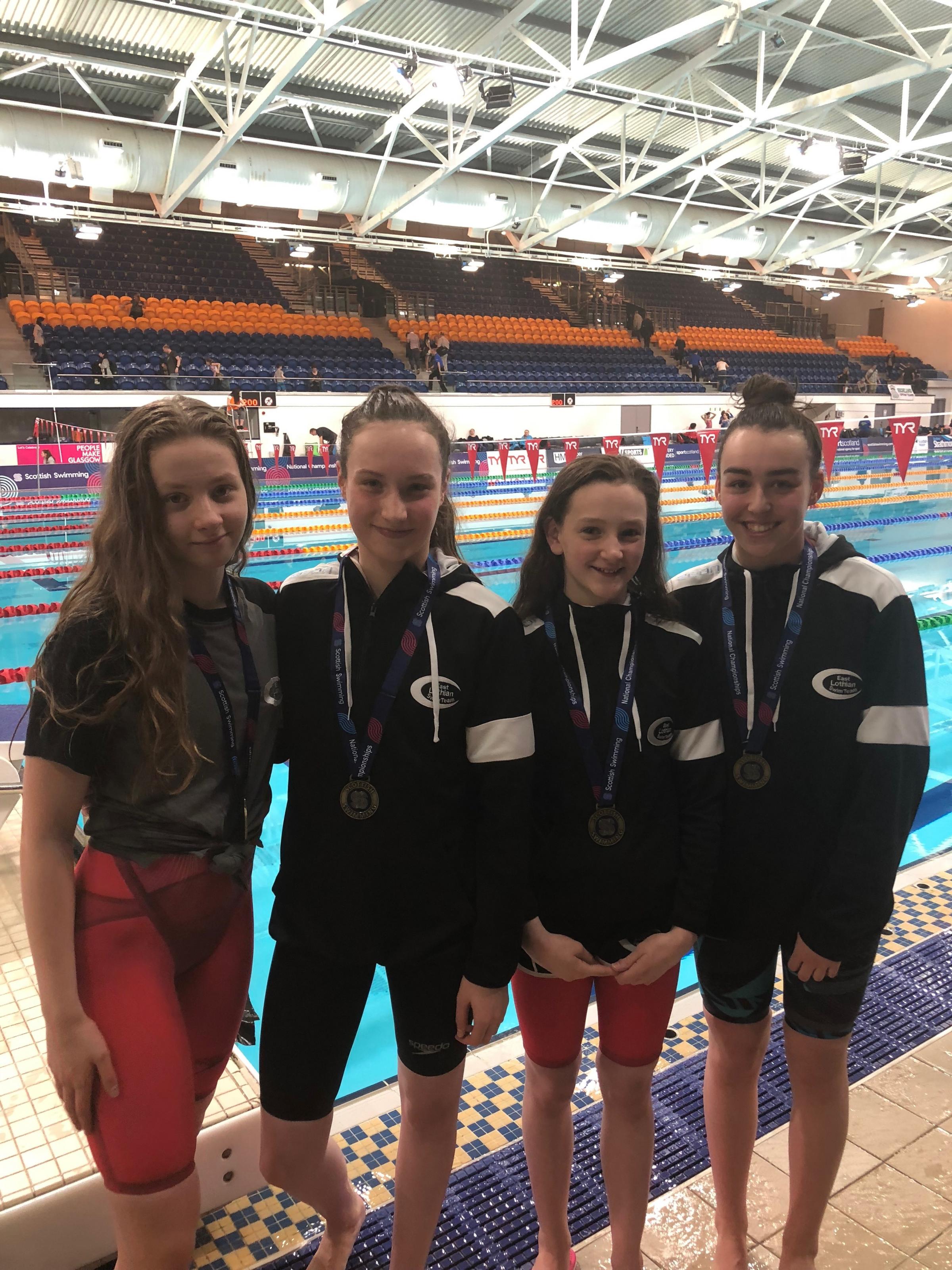 More than 1,000 of the best age group swimmers, representing over 90 clubs from across the UK, were in action.

In the girls’ equivalent, 13-year-old Louisa Stoddart (Haddington) took gold in the 50m and 100m butterfly and picked up bronze medals in the 50m and 200m breaststroke.

There was double gold success for Bridget Lemasurier (Musselburgh) as she won the 16-year girls’ 50m breaststroke, breaking the East District record she equalled the week before. The 15-year-old then triumphed in the 100m breaststroke to take her second gold.

There was drama in the the same event for boys as an injury to Luke Hornsey led to a last-minute call-up for holidaying Ben Williamson and he did brilliantly to help Krawiec, Calum Peebles and Owen Williamson to a bronze against the odds.

Edward Alsop (Haddington) continued his run of good form with silver medals in the 1,500m freestyle and 400m IM, while 11-year-old Peebles picked up bronze in the 400m freestyle.

Peebles, of Tranent, the meet’s youngest finalist in an individual event, broke three East District records – in the 1,500m freestyle, 200m backstroke and his own 400m IM record.

And Charlie Smith, in the 19 years-plus age group, claimed a hat-trick of bronze medals in the 50m, 100m and 200m backstroke.

Bruce Halloran, ELST head coach, hailed an “outstanding” championships for the club. He said he was “absolutely delighted with the performance of all the swimmers and the team overall”.

Halloran added: “Individual performers such as Stefan, Louisa and Bridget achieving the highest standards in their age group set up the team for an impressive championship.

“Last year, ELST finished 11th with no national titles so this year to have finished the championships in seventh, with 15 national titles, is outstanding. We have been continuously working over the past four years to build a strong, sustainable and progressive performance swim team and we are now starting to make an impact at a national level. I would like to thank the swimmers for their commitment and their parents for facilitating their children’s dream.

“My final thank you is for my fellow coaches, who have committed all they have to create an environment where our swimmers can thrive, rise to the challenge and achieve their goals.”