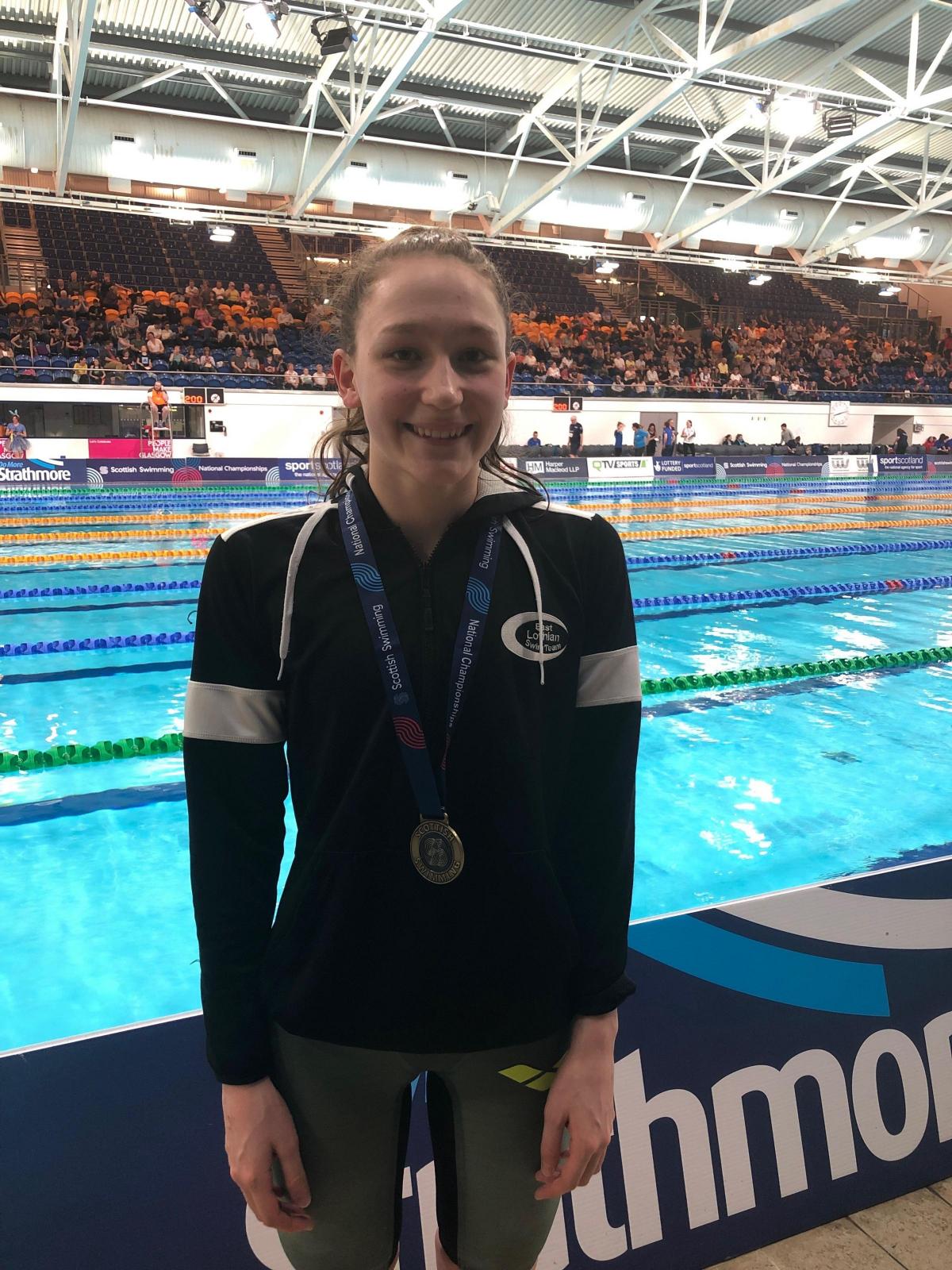 The event is the top competition in the Age Group swimming calendar in the country and swimmers from across the UK have to place within the top 24 in their age group to be invited to compete.

Gordon had her left leg amputated four years ago after developing the neurological condition Complex Regional Pain Syndrome (CRPS) at the age of 12.

ELST’s first competitor to swim when the action got under way in Sheffield was Lemasurier, competing in the 16-year-old girls’ age group.

She swam superbly to reach the final in the 50m breaststroke, where she finished seventh.

Bruce Halloran, ELST head coach, said: “Bridget has had a fantastic season; building on a very successful Scottish Championships, she has really finished the season on a strong note, setting herself up for an even big and better year to come.”

Elsewhere, Lucas competed in the 15-year-old girls’ category and swam in the 50m backstroke, where she set a new personal best time, finishing in 16th and only missing a place in the final by 0.2 of a second.

Craigmile, who was also competing in the 15-year-olds’ age group, contested the 200m backstroke, where he finished 14th, narrowly missing the final by 0.9 of a second.

And of their performances, Halloran added: “Both Sean and Lucy have had a break-back season, after difficult 2016/17s.

“They have both given their all to make this year’s championships and I am really proud of what they have achieved.”

Gordon enjoyed a successful meet – reaching the 100m freestyle final by setting a new lifetime best in the heats, before finishing 10th in the final.

She also reached the 50m freestyle final, where she again placed in 10th.

After the event, Gordon announced her retirement from swimming as, following her graduation from Edinburgh Napier University, she plans to move to Nottingham to continue her dream of becoming a Paralympian. . . in kayaking.

Halloran added: “We wish Hope all the best in the future and we hope she won’t be a stranger.”