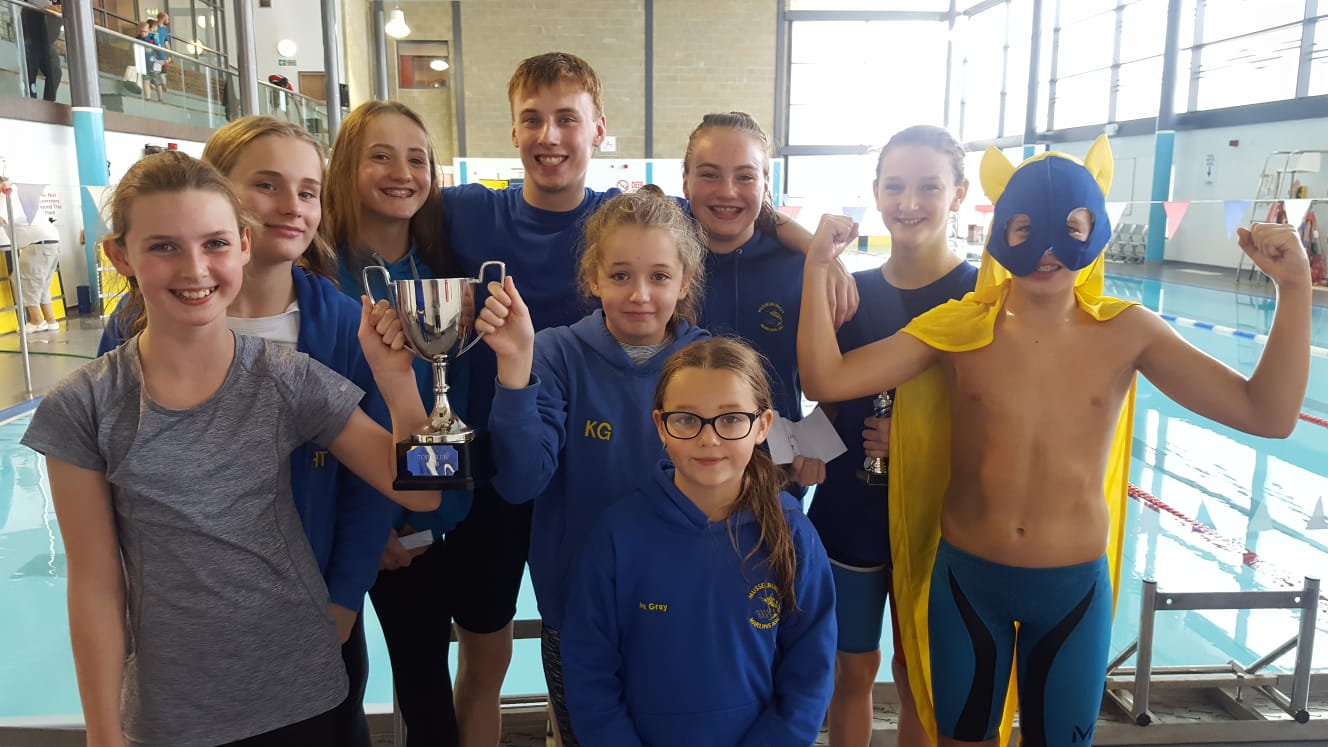 The Marlins took on opponents from Haddington and Tranent Swimming Clubs to win the competition at the Mercat Gait Sports Centre in Prestonpans at the weekend.

New Marlins head coach Danny Kirkham said: “I am absolutely delighted but the credit must go to Cameron Smith, who I have recently taken over from, the great coaching team I have joined and the children who all swam so well today, with special mention for Ava Guild, Grace Courtney and Mitchell Levy, who in their respective age groups were awarded the trophy for top swimmer.”

Jack Calder, club chairman, added: “The clubs, coaches, swimmers and spectators all enjoyed a very exciting day of close competition and a huge vote of thanks should go to everyone who was involved in organising and running what was a very successful event.”

At the competition, Tranent Amateur Swimming Club’s Stefan Krawiec’s times in the 100m IM, 200m IM and 50m backstroke are all set to become new 12-year-old boys’ national records once officially confirmed. The previous backstroke record had stood for 17 years.