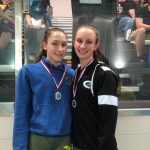 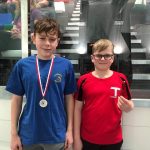 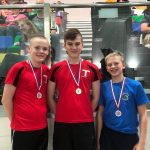 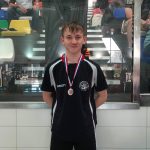 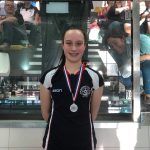 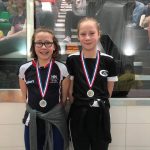 COUNTY swimmers won a host of medals at rounds two and three of the East District Age Group Championships in Glenrothes.

ELST swimmers did even better in last weekend’s round three of the championships, over 200m, coming away with 29 medals.

Krawiec lead the way with four gold medals as well as two national age group records in the backstroke and freestyle.

Slater continued his excellent run of form, claiming golds in the freestyle and backstroke, with a bronze in the butterfly.

In the girls’ events, Lotte Gilhooly and Bridget Lemasurier claimed gold in the breaststroke in their respectively age groups.

Tegan Black finished a close second to Gilhooly, picking up the silver medal in the breaststroke and also claiming bronze in the freestyle. Louisa Stoddart continued her excellent run of form at this year’s championships, with silver medals in the butterfly and freestyle.

Bruce Halloran, ELST head coach, said: “These sets of result are fantastic for East Lothian. The swimmers have been working incredibly hard over the festive period preparing for this year’s national championships in March and these results are a great measurement of their hard work. The final round of the district championships will take place at the Royal Commonwealth Pool in Edinburgh at the start of February; the coaching team and I can’t wait to see the guys in action again.”