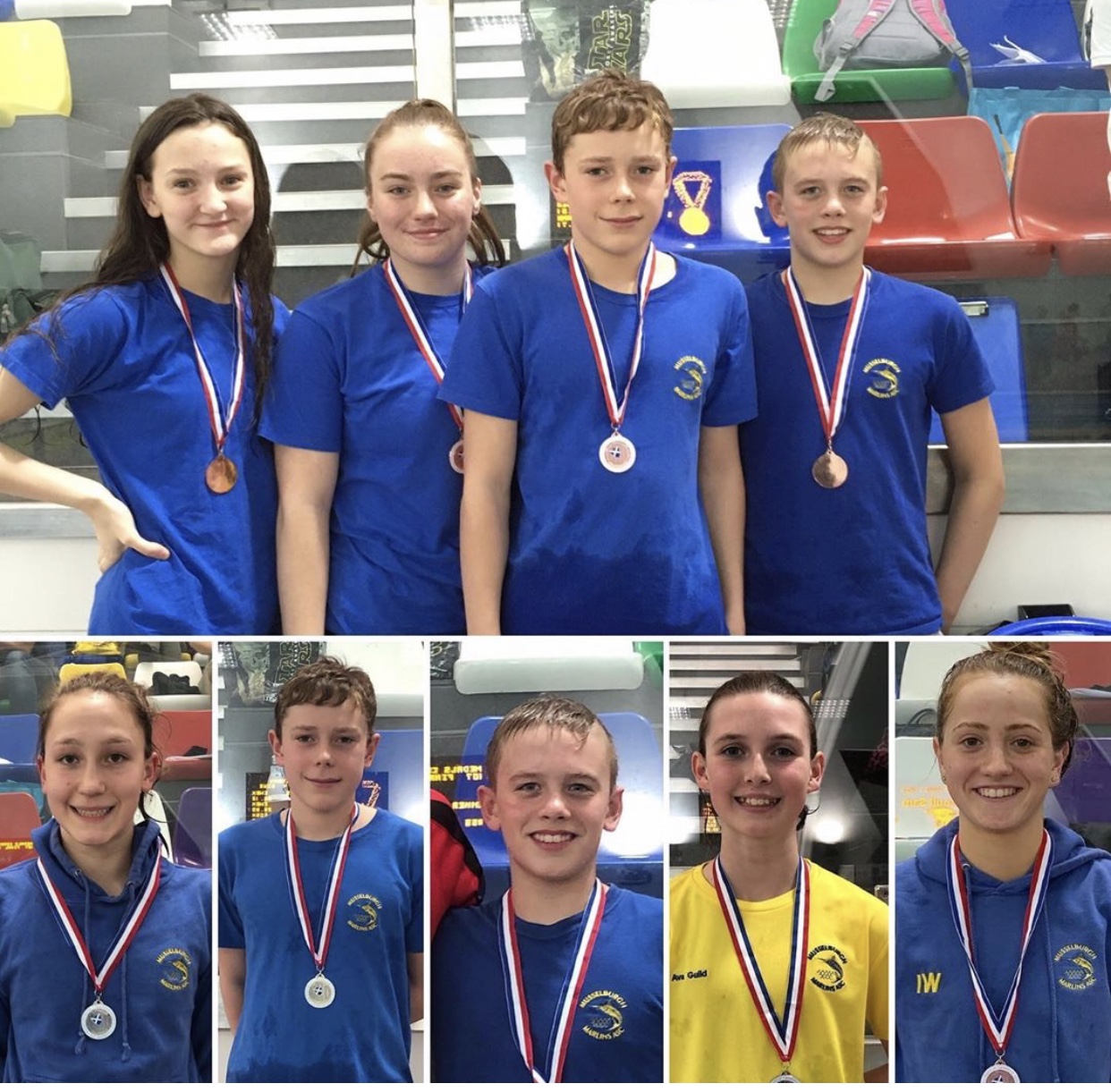 TOP young swimmers for the Musselburgh, Haddington and Tranent clubs made their way to Glenrothes for the sprint round of the East District Championships 2019.

More than 60 swimmers from the three clubs competed in the 50m events in each stroke, as well as mixed-gender medley relay medals.

The 50m backstroke was the first event of the day, with Ross Anderton, of Tranent ASC, taking the first silverware of the meet, with a silver in the 11-12 age group. Declan Kay, Ross’s TASC teammate, finished fifth.

Zach Slater, of Musselburgh ASC, claimed the county’s first gold of the championships in the 13s’ age group, with Findlay Brown, of TASC, seventh.

Owen Williamson, of Haddington ASC, claimed the silver medal in the 15s age group, with Luke Porteous, of Musselburgh, finishing 4th in the 16s age group.

Ava Guild, of Musselburgh ASC, was East Lothian’s only female medallist in the 50m backstroke, picking up the silver in the 11-12 age group.

Butterfly (50m) was the next event and again East Lothian was in the mix for medals. Ross Anderton picked up his second medal of the day with a silver in the 11-12 age group.

Zach Slater struck gold for the second time in the 13s, with Stefan Krawiec again claiming the gold medal in the 14s. Calum Peebles and Luke Hornsey finished 5th and 8th respectively.

Helen Stoddart, from Haddington, hit the wall first in the 11-12 age group to take the gold, with elder sister Louisa Stoddart taking home a silver medal in the 15s age group.

In the 50m breaststroke, Zach Slater continued his impressive run of form with his third gold of the championships in the 13s’ age group, with TASC’s Findlay Brown finishing eighth.

Ava Guild continued her excellent run of form, picking up her second medal of the meet with a bronze in the 11-12 age group.

Tegan Black, of Haddington ASC, swam an impressive final to win the 13s’ age group with her fellow ELST teammate and Musselburgh member Bridget Lemasurier hitting the finish pad in silver medal position in the 17 years and over category.

The individual racing finished with 50m freestyle and again Ross Anderton was in the medals, claiming a bronze medal in the 11-12 age group. Zach Slater made it a clean sweep of gold medals, finishing first in the 13s.

Stefan Krawiec, not to be upstaged by Zach also claimed his fourth gold medal in the 14s age group, with Luke Hornsey finishing close behind in bronze, and Calum Peebles narrowly missing the medals finishing in fourth.

Ava Guild picked up yet another silver medal in the 11-12 age group, with Zara Krawiec and Eva Kay finishing fifth and eighth respectively.

The day was finished with the relays, where East Lothian clubs performed well.

Bruce Halloran, ELST Head Coach, said “This was a fantastic weekend of racing. The ELST swimmers love pulling on their club kit and representing their home towns. We now turn our attention to competitions in Aberdeen and Edinburgh in the coming weeks before the second round of the District Championships, which will consist of the longer distance events.”