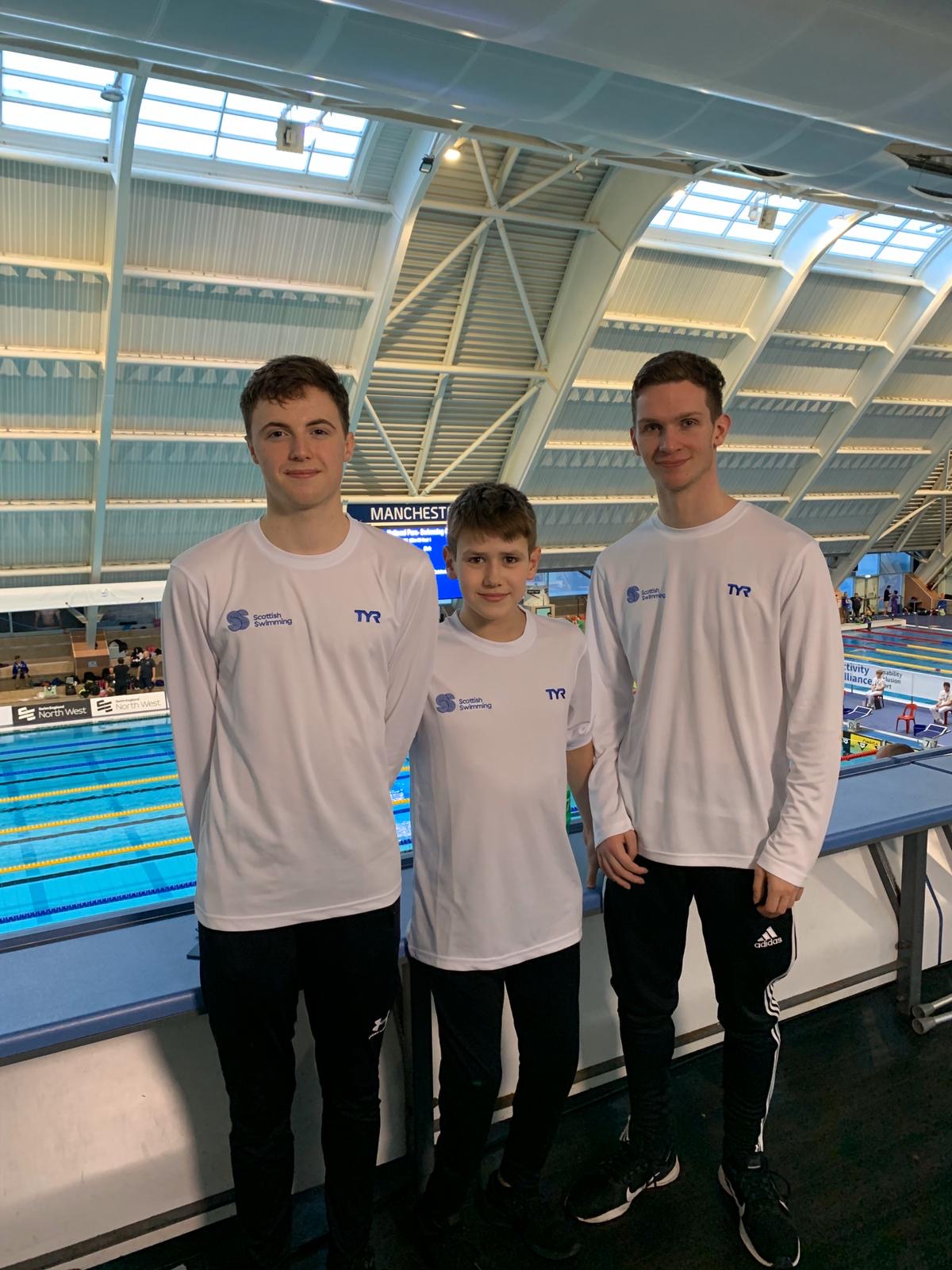 Dylan Bleakley, Neil Ferguson and also Sam Downie – who was recently named Lothian Disability Sport’s Performance Athlete of the Year 2019 – competed alongside more than 220 para-swimmers at the Manchester event.

The trio had remarkable swims, narrowly missing out further medals and were proud of some long course personal bests.

They were accompanied by Danny Kirkham, head coach of Musselburgh Amateur Swimming Club (MASC), also known as Musselburgh Marlins, who was named Lothian Disability Sport’s Coach of the Year 2019.

The recent event welcomed the best in Great Britain, with a mix of established and new para-swimmers, many with their sights set on Tokyo 2020.

Medals are awarded on a multi-classification (MC) basis to the first three placed competitors in each age group band based on British Para-Swimming points achieved for each event.

Danny said “I thought the boys were brilliant. It was great to see so many strong swims despite it being early on in the season. The results were equally positive, with Sam and Dylan winning medals and a few PBs achieved across the weekend as well. Dylan, Neil and Sam did themselves proud and represented both Musselburgh and Scotland exceptionally well. I had a blast and it was a very special experience once again and was happy to see the boys get some great results on the back of some hard work. The club is very lucky”.